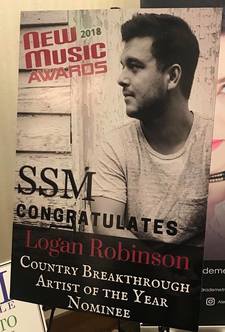 ​With a portfolio of over thirty plus original songs (with more in the works), Logan's talents expand beyond his professionally produced music.  His first released single "Boat Docks" peaked at #9 in 2017 on the New Music Weekly Main Country Chart and his second released single "Ain't Me and You" peaked at #4 in 2017.  Logan's first released EP is available on iTunes, Spotify, Apple Music and just about anywhere you can buy music. Follow him on YouTube, Facebook, and Instagram, by clicking on the icons below, to stay up to date on his career.
​
​For the latest, see NEWS AND EVENTS!
Check it out now to see Logan's latest award nominations!

Keep It Country TV "We love bringing you guys here in the UK and across Europe brand new up and coming fresh talent from the USA, so we are super excited to introduce you to a young gentleman from North Carolina called Logan Robinson. You’re in for a real treat. We are absolutely loving his newest single, ‘Boat Docks’ and can’t wait to bring you the video, so make sure you tune into Keep It Country TV (Sky:389, Freeview: 87, Freesat: 516 Online: www.keepitcountry.tv/introducing-logan-robinson/because we will definitely be playing this a lot."

​Melinda Mackey of KSIB 101.3 FM "Logan Robinson-Up and Coming Country Singer and All Around GREAT KID! Visiting with Logan about his wild and crazy life was really great! Juggling his music and school; he’s really jumping in head first!" 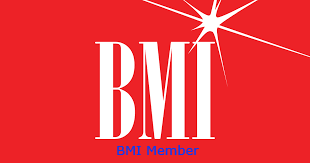